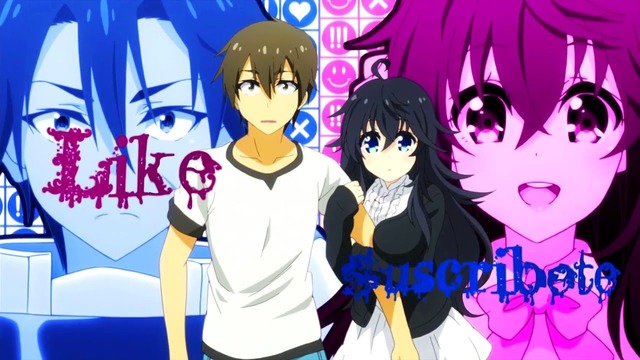 After mustering up the courage to propose to a girl in an online game, naïve otaku Hideki “Rusian” Nishimura is devastated when she flat out rejects him. To make matters worse, the girl reveals that she is actually an older man in real life. With his dreams crushed and his heart broken, Rusian comes to an abrupt decision in the midst of his raging fit: he will never trust another girl in an online game again.

Years later, Rusian is now in a guild with three other players, one of whom possesses a female avatar by the name of “Ako.” Ako is deeply in love with Rusian and wants to marry him. Although he entertains the possibility that she might be a guy, Rusian accepts her proposal, claiming that her gender doesn’t matter as long as she is cute in the game. However, after a discussion between guild members that led to all of them having an offline meeting, Rusian finds out that Ako, along with the other members, are not just girls, but also his schoolmates. Summary from My anime list.

This unconventional, surrealist comedy follows an exhausted high school boy who, despite multiple attempts from his friends, still manages to spectacularly… sleep. Much to the chagrin of the energetic (at times bossy) Oota, Tanaka is often found in a blissful state of lethargy, possessing the ability to doze off in any situation, especially in mid-sentence! Summary from My anime list.

Ten years ago, a fairy by the name of Daisy appeared and asked the child Eiji Hoshimiya what his one and only wish was. Although his wish remains a mystery, the consequences were catastrophic. In an event called the “Great Destruction,” the world started to fall apart as everything collapsed and countless people died.

Now, Eiji is a high school student whose only concern is his sick sister. He does not remember what he wished for; all that he remembers is that his wish caused the Great Destruction. In the years since that event, thousands of other people have also received abilities to make their heart’s desire come true. These people called “Orders” are believed to be evil and are hated by the general public. However, some of these Orders are after Eiji’s life in vengeance for those that he killed. Will Eiji be able to survive the numerous assassination attempts? And the biggest mystery of all: what did he wish for, and what were his intentions in wishing for something that caused so much desolation? Summary from My anime list.

So the first week is done!

So for all the people who started school this week I just want to say congratulations on getting through your first week! Even though it’s only the beginning I hope you guys have a wonderful fun filled time. Although you may think it sucks it will get better. 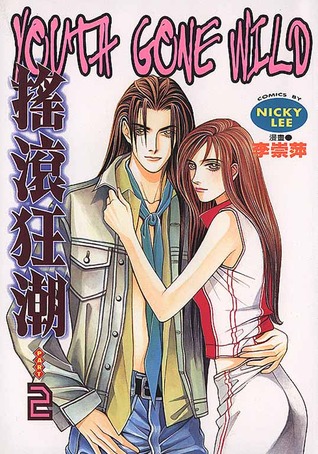 Yating was working in a recording company until she was fired by her boss (a famous movie actress with a spoiled temperament). Discouraged and jobless, Yating decided to work in a pub where a famous group called “Gangster” regularly played. Along the way, she gets to meet this guy who has the most divine voice. Yating’s luck then began to change when her uncle decides to retire and set up his own record company. He asks her to join in his ambition to create the most famous rock group in Taiwan. This is the story of how Yating, being the new manager, tried to create the ultimate rock band! Summary from Goodreads. 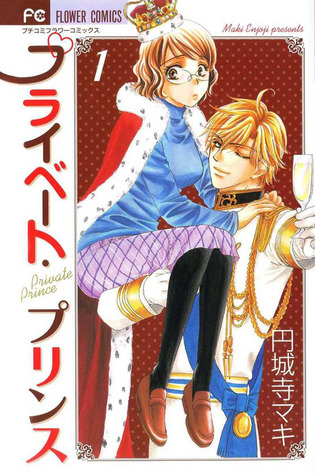 His highness the prince of Estolia Wilfred became an exchange student in Eito University. His noble appearance and gentleman’s manners quickly filled the campus with hysterical women’s voices. Miyako also studies at that university and for her master’s thesis, she is determined to interview the prince about his great-grandmother. But when she approaches him about it, she suddenly discovers “the dark side” of his character…?! Summary from Goodreads. 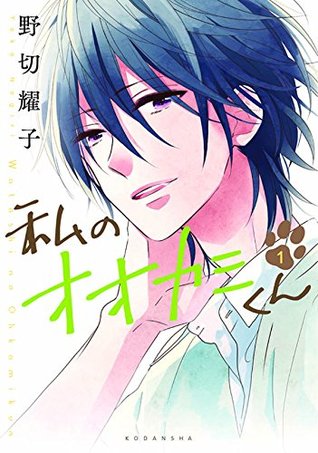 Kusonoki Komugi lives with her mother in Tokyo and can’t get along with classmates. Because of her mother’s business trip, she has to stay with her father in Hokkaido for a year. She thinks she will have opportunities to make new friends. She got to sit next to Ookami Yuu, a popular boy who tells her she smells good. One day, she discovers his secret… Summary from Goodreads.

Koyomi Araragi, a second year high school student at Naoetsu High School, befriends Tsubasa Hanekawa, the top honors student at his school. Tsubasa mentions a rumor about a “blonde vampire” that has been sighted around their town recently. Koyomi, who is usually anti-social, takes a liking to Tsubasa’s down-to-earth personality.

That evening, Koyomi encounters this rumored vampire: she is Kiss-shot Acerola-orion Heart-under-blade, also known as the “King of Apparitions.” The blonde, golden-eyed vampire cries out for Koyomi to save her as she lies in a pool of her own blood, all four of her limbs cut off.

Kiss-shot asks Koyomi to give her his blood in order to save her life, and when he does, the very next moment he awakes, Koyomi finds himself re-born as her vampire kin.

As Koyomi struggles to accept his existence, Kiss-shot whispers,

“Welcome to the world of darkness…” Summary from My Anime list.

In 2046, many aspects of life are carried out on a virtual network. No matter how advanced the time becomes, however, bullying never disappears. Haruyuki is one of the bullied students. However, one day he is contacted by Kuroyukihime, the most famous person in the school. “Wouldn’t you like to ‘accelerate’ and go further ahead, boy?” Haruyuki is introduced to the “Accel World” and decides to fight as Kuroyukihime’s knight. Summary from My Anime list.

After swearing off music due to an incident at the middle school regional brass band competition, euphonist Kumiko Oumae enters high school hoping for a fresh start. As fate would have it, she ends up being surrounded by people with an interest in the high school brass band. Kumiko finds the motivation she needs to make music once more with the help of her bandmates, some of whom are new like novice tubist Hazuki Katou; veteran contrabassist Sapphire Kawashima; and band vice president and fellow euphonist Asuka Tanaka. Others are old friends, like Kumiko’s childhood friend and hornist-turned-trombonist Shuuichi Tsukamoto, and trumpeter and bandmate from middle school, Reina Kousaka.

However, in the band itself, chaos reigns supreme. Despite their intention to qualify for the national band competition, as they currently are, just competing in the local festival will be a challenge—unless the new band advisor Noboru Taki does something about it. Summary from My Anime list.

Thought of the day… Ouch.

Thought of the day… Ouch.
Well this is what I get for eating French toast when I’m not supposed to. I have just burned my two middle fingers on my left hand. How did this disasters happen? Well. My brother left a plate of French toast on the stove for me. But, he forget to tell me that the stove was still hot and I brushed my fingers against it. So now I have two very burnt fingers and because it hurts to move or bend them. I shall be taking a break from blogging until my fingers heal. Because typing with one hand is a pain and it takes forever. Plus getting someone else to type things up for me is just too much trouble. So I’ll be up and blogging again in a day or two maybe three.

Food of the week!

If I haven’t told you already well I’ll tell you know…I love FOOD. Food is life, food is home, food is good.

Here is the food of the week.

This delicious amazing tasting Indian dish is something everybody has got to try. It may look spicy but it’s got just the right amount of heat for even people who hate spicy.

This is one of my fav comfort foods. It’s nice on a cold day or any day really when your feeling down or just want to eat something amazingly good. With rice or with naan this is a dish everybody has got to eat at least once in their lives other wise you don’t know what your missing out on.  If you want amazing butter chicken go to Karara Indian or Chillies, these are the best places to go for outstanding butter chicken!