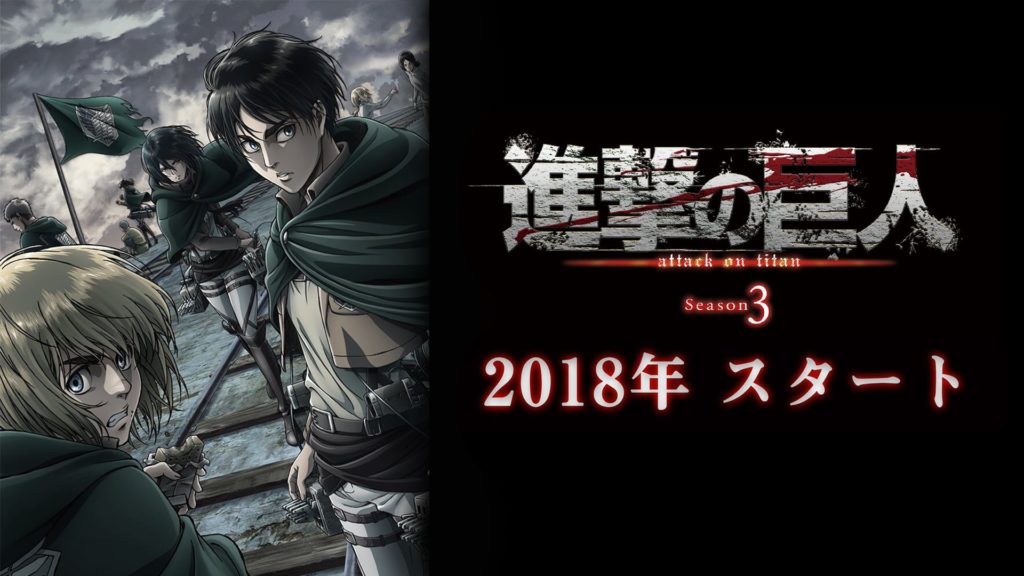 Eren Yeager and others of the 104th Training Corps have just begun to become full members of the Survey Corps. As they ready themselves to face the Titans once again, their preparations are interrupted by the invasion of Wall Rose—but all is not as it seems as more mysteries are unraveled. As the Survey Corps races to save the wall, they uncover more about the invading Titans and the dark secrets of their own members. Summary from My Anime List.

Set in the near future in Japan, the year 2035. A major incident was known as “Burst” which was caused by researching artificial life. A certain AI called “Matter” has eroded the Kurobe Gorge. Entering the research city, which has been called as humanity’s last hope, has been prohibited by the government. Two years later, Aiko Tachibana, a 15-year-old girl who lost her family from the incident, was told by a transfer student named Yuuya Kanzaki the truth that Aiko didn’t know regarding a secret hidden within her body. The key to solving the mystery is said to be in the Primary Point, the center of Burst. When a boy and a girl, who bears the future of humanity, meet, what will be the new truth? Summary from My Anime List.

A woman died a suspicious death in the forest. Beside her, the sword-smith Amon finds a new-born boy with a tragic fate and takes him in. About 10 years later, this boy who is named Gai and who has become Amon’s apprentice, loses his right arm in an accident while making a sword. Amon decides to take a sword called “Shiryuu,” which is a sword with demonic powers that has been passed down for generations, and fashion it into an artificial arm for Gai. That was the beginning of it all… The story of this boy, who has become one with a demonic weapon and is drawn into a cruel fate in which he must face countless battles, can be seen as either the story of “a beautiful weapon and an ugly person” or of “the cruelty of weapons and the beauty of humans.” This is a completely new world of comic noir. Summary from My Anime List.